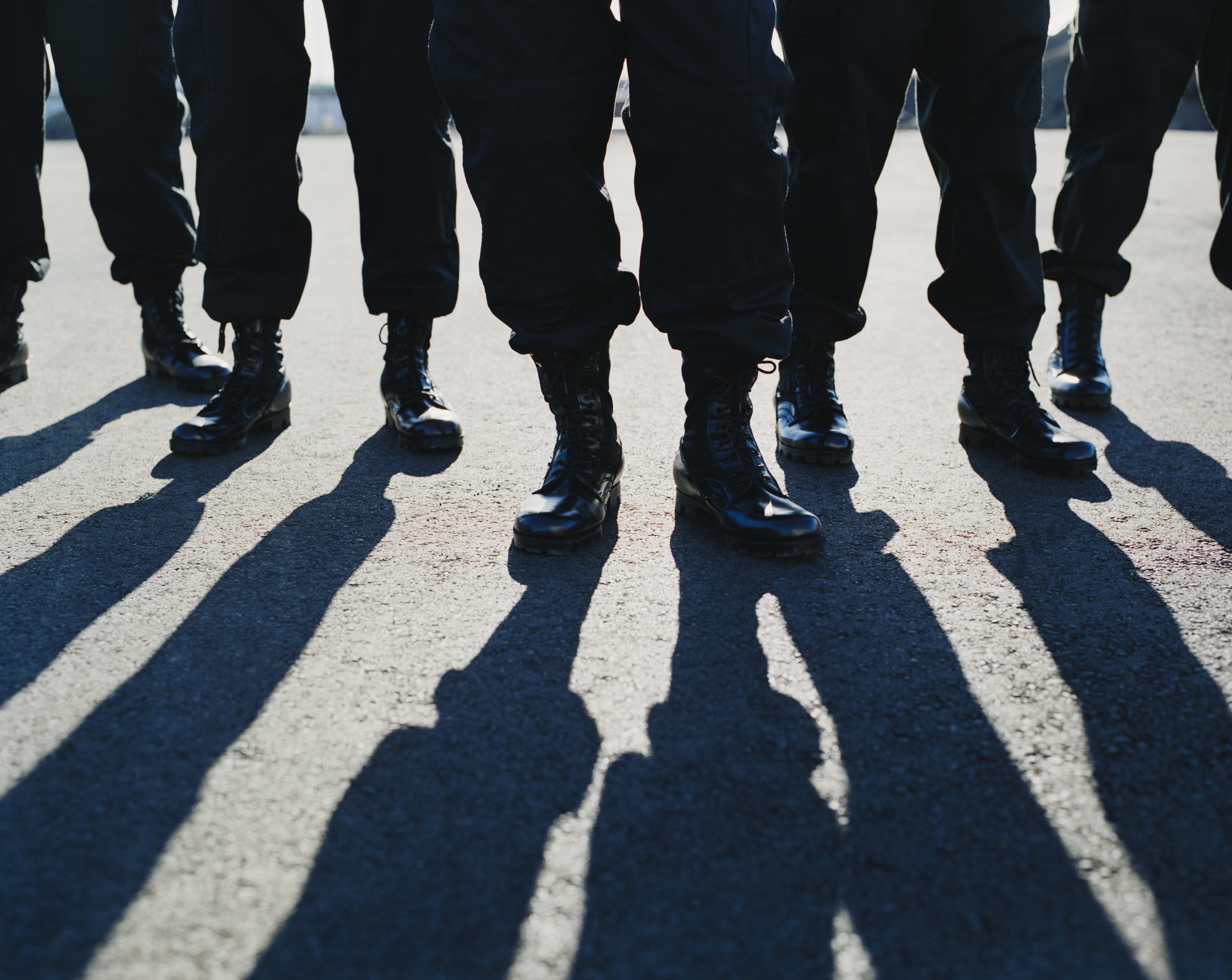 During its heyday, when ancient Rome confronted a crisis, it could call upon its citizens who felt a personal stake in the success of the empire and would willingly come to its defense. Citizens had rights but also accepted that they had duties and responsibilities. Today, in the United States, while citizens expect much of their government, they are willing to provide little in return. It seems many Americans are unwilling to satisfy their part of the “social contract” about which political philosophers, especially Thomas Hobbes, John Locke and Jean-Jacques Rousseau, wrote about as essential to a successful society.

When asked in the 2018 election cycle, an astounding 40 percent of American voters did not even know the U.S. was still fighting in Afghanistan. While the American public reveres its military and tends to be quite militaristic and eager to employ our first-rate forces around the world, most individuals do not want to be a part of it. Surveys of 18- to 29-year-olds indicate that, while a majority support the use of military forces to respond to various crises, only 15 percent have a willingness to serve in the military.

The public is happy to let someone else fight the politicians’ wars, but the social contract should require something of both parties: the government and its citizens. One sure way to do that would be to force citizens to confront issues of war and peace by requiring them to participate in them.

The Other One Percent

The burden of nearly two decades of wars around the world has been borne by approximately one percent of the population. While the all-volunteer military has been off fighting endless wars, the rest of the eligible population has immersed itself in consumer goods, social media, entertainment and other quotidian interests.

The younger generations in particular—the ones who would and should be, and historically have been, asked to bear the burden of defending the nation—are instead playing in the ever-increasing digital universe. Clearly, immersing current and future generations in reality, especially in training for the most disruptive reality of all, kinetic and cyber war—both of which have devastating physical world effects—is becoming increasingly urgent. It just seems morally wrong to ask such a small fraction of the population to place their lives at risk on behalf of the rest of us, while we collectively give them little or no place in our daily lives and thoughts.

Not only is it unfair for the public to depend on such a tiny segment of the population to fight its frequent wars, but it also puts a worrisome distance between the interests of the country and the loyalties of the armed forces. When the Roman Empire grew, the army could no longer be demobilized after a crisis, only to be remobilized at the next crisis. As a result, the government replaced the conscript army with an all-volunteer force. Because they expected recompense after their contracts ended, their loyalty was to their commanders, not to Rome. This is not to imply that such is the case with our current military. As a professional organization with minimal connection to the public it is supposed to serve, however, the military must by necessity at least be concerned with, and act in ways to perpetuate, its continued existence and relevance. One way to demonstrate that relevance is to fight wars.

As a result of the all-volunteer force and the lack of a requirement to serve, military issues and issues of war have mostly faded from the American consciousness. It is doubtful that, if after 9/11 we had implemented a draft, the generation susceptible to it would have put up with two decades of being conscripted to, say, ensure that the ineffective Iraqi or Afghan militaries could rely on American troops for support. Instead, an all-volunteer military allowed successive U.S. administrations carte blanche to wage war for the most part removed from Americans’ concern.

The volunteer military has not reduced war but instead facilitated easier commitment of U.S. troops to conflicts abroad. With little connection to the institution, and no threat of military service, Americans have decreased their attention to foreign affairs, helping to explain the persistence of the “forever wars” in Iraq and Afghanistan, even as Americans did not support them in popular polls. The all-volunteer force has lowered democratic interest in and control over the foreign policy agenda. The end of the draft severed most Americans’ obligations to the military. To avoid endless wars in the future, we must move the issues of war and peace from the periphery of our national discourse to its center.

So how do we fix the situation?

The simplest solution—if we are going to be tempted to continue fighting endless wars—might be for the U.S. to have some form of conscripted service. More to the point, perhaps, if we had mandatory military service for everyone, we might be less willing to fight those endless wars in the first place. We should seriously consider reinstating the draft.

Amy Shafer wrote in Slate in 2017 that perhaps an annual reauthorization of the use of military force should be tied to the revival of the draft, the thinking being that if Congress failed to pass a new authorization, the draft would be reinstated. For sure, such an arrangement would force this issue into the public’s thinking.

The first uses of conscription—forcing individuals to serve in the military—date back to the Roman era and to feudal times. The practice developed substantially during the Napoleonic era and spread quickly throughout Europe in the early years of the 19th century. In the U.S., conscription was first used by both the North and the South in the Civil War, and again in the Spanish-American War, World War I, World War II, the Korean War and the Vietnam War.

Conscription was ended in the U.S. in 1973. Since then, America has relied on an all-volunteer military that it has used repeatedly in at least 10 major operations and dozens of lesser ones. At least 60 countries around the world have some form of conscription, among them several of our allies and our primary state adversaries, Russia and China.

The National Commission on Military, National and Public Service, created by Congress in 2017, conducted a comprehensive review of such service. Among other things, the commission found what most of us already know: Military service is a responsibility borne by few, public service needs an overhaul, and civic knowledge is lacking. No surprises there.

Also discovered, however, was that Americans are willing to consider a variety of options to encourage or require some form of service of all citizens. The commission considered ways of requiring all citizens to serve, with varying ways to fulfill the requirement. The final report with more than 100 recommendations was issued over a year ago.

Conscription became a topic of renewed interest and concern with the U.S. drone strike in January 2020 that killed a top Iranian military official, followed by Iranian military retaliation and the promise of further retribution. Draft-age men across the country expressed growing concern about a war in the Middle East that would require more troops than the all-volunteer force could provide.

Recent events in Ukraine and the possibility of a ground war in North Atlantic Treaty Organization (NATO) territory have raised questions about Article 5 and the common defense among NATO allies. Article 5 of the North Atlantic Treaty committed the organization’s 30 members, including the U.S., to agree that “an armed attack against one or more of them in Europe or North America shall be considered an attack against all of them.”((“In Honor of the 60th Anniversary of the North Atlantic Treaty Organization, Summit Meeting of NATO Heads of State and Government,” April 3-4, 2009. Accessed February 14, 2022: https://www.nato.int/nato_static_fl2014/assets/pdf/history_pdf/20161122_E1-founding-treaty-original-treaty_NN-en.pdf)) What would be the role of American forces in such a situation?

While a revival of the draft would be politically controversial, the way Americans react to such events clearly demonstrates how quickly public opinion could be engaged to make a difference in the politicians’ proclivity to war.

USAF Maj. Gen. (Ret.) Robert H. Latiff, PhD, is an adjunct professor at the University of Notre Dame and George Mason University with a PhD in Materials Science from the University of Notre Dame. Latiff served in the military for 32 years. Assignments included Commander of the NORAD Cheyenne Mountain Operations Center and also Director, Advanced Systems and Technology and Deputy Director for Systems Engineering, National Reconnaissance Office. Since retiring in 2006, Latiff has consulted for the U.S. intelligence community, corporations and universities in technological areas, such as data mining and advanced analytics. He is the recipient of the National Intelligence Distinguished Service Medal and the Air Force Distinguished Service Medal. Latiff’s first book, Future War: Preparing for the New Global Battlefield, was published by Alfred A. Knopf in 2017. His second book, Future Peace, will be published by the University of Notre Dame Press.