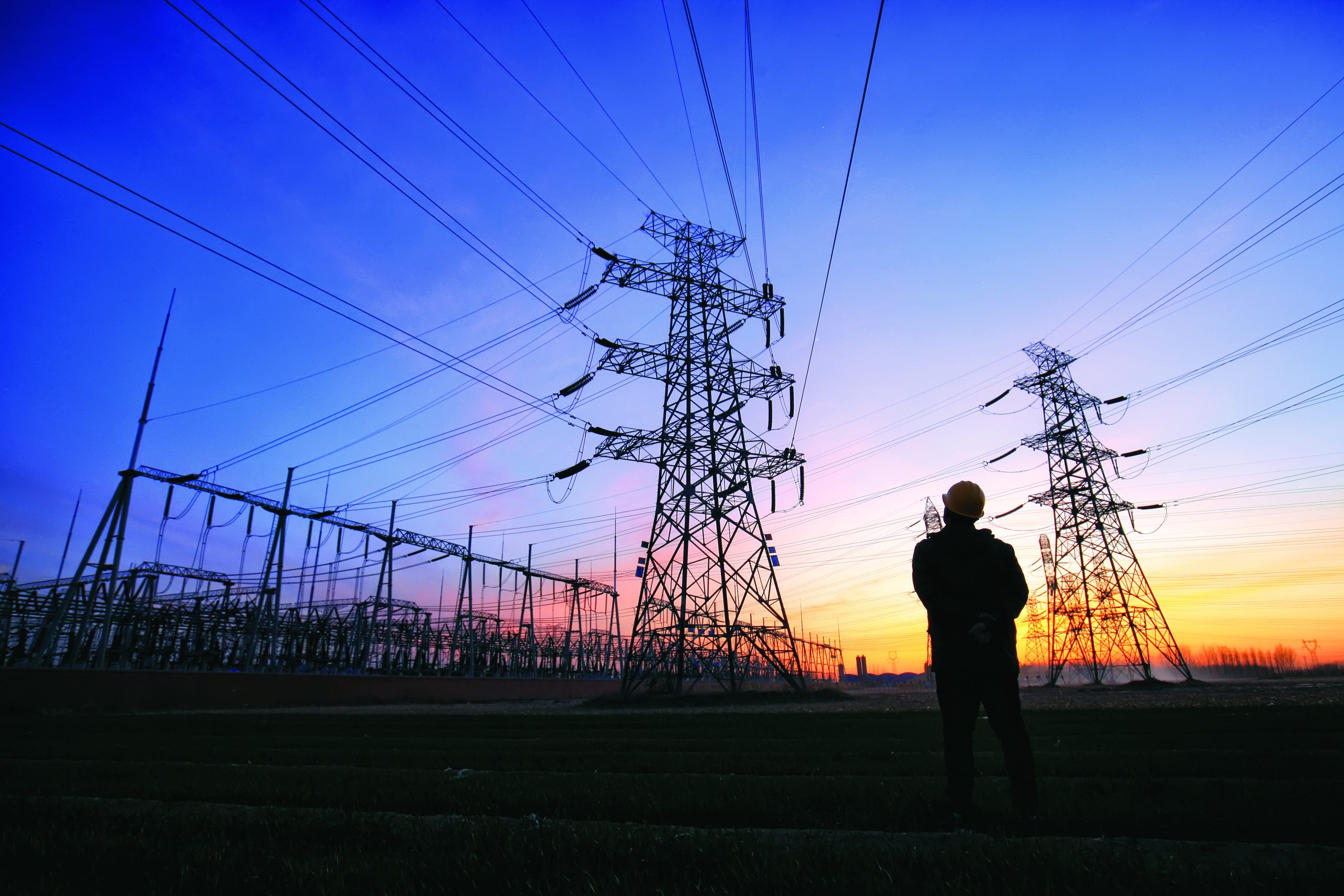 The Need for Affordable, Accessible Energy

As residents of a top energy producing state, now adapting to the massive digital transformation of our socio-economy, it is important that we understand the role of affordable and accessible energy in creating the digital economy of today and the future. Some people might think that a growing digital economy and increased social interaction through digital media have few if any energy dependencies. But this is not the case. While many readers might be familiar with the story of energy and industrialization in the 19th and 20th centuries, they might be uncertain of the relationship of the triad of energy, information and, in particular, digitization.

While this triad is different than the relationship between energy and industrialization, energy still plays a key role in the 21st century. The share of heavy industry nationwide, replete with smokestacks belching into the atmosphere, has decreased significantly than at its peak in the previous century. Just because smokestacks are being replaced by smokeless data centers, the energy requirements have not gone away. A closer look at the power meter will show the absolutely critical role that accessible and affordable energy plays in economic growth, both in our nation’s history and in the future, as we digitize much of our economy and society. Access to affordable and reliable energy will be a key enabler of digital-driven economic growth in North Dakota and our region.

Just because smokestacks are being replaced by smokeless data centers, the energy requirements have not gone away.

A brief review of the key role of energy in economic (and military) history helps to place the present and future in context. Energy makes the world go around, quite literally. But also, without access to affordable energy, societies have declined, economies withered, and battles were lost.  Energy has always been necessary for life. In ancient history, it was agriculture that yielded biomass forms of energy that powered early economies, which relied on mass human (slave) labor and large animals (think: horses and oxen). Those early militaries relied on biomass to power legions of soldiers, cavalry and, at sea, human-powered galley fleets.

Then the forms of energy began to change. Not long after North America was colonized by Europeans, even before the Industrial Revolution, access to non-bio, water energy was key to economic growth. The access to water energy and the power provided via water mills largely determined the location of what would become major cities. A quick glance at the East Coast of the United States reveals that a significant number of the major colonial cities were located on the “fall line,” where streams and rivers provided waterpower for grinding mills, and rivers dropped to sea level. Baltimore and Washington, D.C., are great examples of the early role of waterpower. But closer to North Dakota is the example of the Twin Cities. Perhaps only our great grandparents recall that it was the abundance of waterpower of the rivers that led to the explosive growth of Minneapolis and St. Paul. Abundant waterpower drove the massive grain grinding mills, some of which remained water-powered until the 1930s.

But the abundance of energy became even more important as our nation industrialized: Increasing amounts of energy rich coal and refined oil powered the first steam ships, and then factories, railroads, Edison power plants, Ford automobiles and eventually aircraft. Affordable, accessible energy literally powered America into the Industrial Age. Moreover, it was American energy supplies—the world’s largest oil fields at the time—that proved crucial to victory in the Second World War, when Japan went to war in part over oil fields, and Germany attacked Africa and southern Russia in attempts to obtain more energy supplies.

Today, the world is in the midst of a massive digital transformation of society, including culture, the economy and the military. Some digital enthusiast might argue that the digital world can flourish without a diversified, affordable energy supply and related industries. But theory, history, and recent data prove that reality is quite different. There was indeed a time when scientists and philosophers pondered the relationship between energy and information, and some thought information was “free.” In the early 19th century, Nicolas Carnot was among the first to develop concepts of heat (hence the name, Carnot Cycle), which led eventually to theories of what we now call thermodynamics. Scientists understood mechanical  energy and work, concluding that total energy (and later mass) could not be destroyed, only converted.

Only with a robust energy industry can we have access to affordable, reliable energy, which in turn will allow of us, rich and poor, to be able to enjoy the benefits of a digitizing world.

Yet even after theorists proved that information wasn’t “magic” or “free,” there were many who believed that an information economy would be highly efficient, requiring relatively little energy. Part of this belief was predicated on the idea that computers would remain few in number (one business executive predicted in the 1950s that the U.S. might only need three large main-frame computers; one Navy study predicted that the fleet would only need one ship to carry “the computer”). As late as 1995, leading computer company executives thought the internet was something of a fad. With low expectations as to the number of computers and digital devices, energy would not have been a major factor in a future of advanced digital devices. But our digitizing world is looking very different from these early predictions. Literally trillions of digital machines now exist, and all need power.

In the emerging Digital Age, we can see with our own eyes the massive demands of digital machines on accessible, affordable energy. The almost certain proliferation and growth in numbers of our wonderful digital machines means even more energy consumption, not less. We now observe massive, city block-sized data centers proliferating across the country, which consume megawatt upon megawatt to keep the internet online and accessible. Amazon not only has massive data centers but warehouses full of robots and computers, which also require electrical power as they replace workers who eat biomass. While poker games at one time required no more energy than for the human players to deal a deck of cards, our online games are massive energy consumers. One data point may surprise the reader, reported by the Institut Mines-Télécom in a May 2020 report: “In California, online gambling already consumes more than the power required for electric water heaters, washing machines, dishwashers, clothes dryers and electric stoves.”((Fabrice Flipo, “The Worrying Trajectory of Energy Consumption by Digital Technology,” Institut Mines-Télécom, May 2, 2020, https://imtech.wp.imt.fr/en/2020/05/28/the-worrying-trajectory-of-energy-consumption-by-digital-technology/.))

But on top of general internet traffic, gaming and robots, we can’t neglect the rapidly growing energy needs of digital currency. By some estimates, maintaining Bitcoin alone requires a national energy grid. The University of Cambridge Bitcoin Electricity Consumption Index,((Cambridge Bitcoin Electricity Consumption Index, https://cbeci.org.)) according to Quartz magazine, reported that “the global bitcoin network currently consumes more about 80 terawatt-hours of electricity annually, roughly equal to the annual output of 23 coal-fired power plants, or close to what is consumed by the nation of Finland.”((Amanda Shendruk and Tim McDonnell, “How Much Energy Does Bitcoin Use?”, Quartz magazine, June 25, 2021, https://qz.com/2023032/how-much-energy-does-bitcoin-use.)) And Bitcoin is just one of many digital currencies. History, theory and now the consumption data prove, beyond a doubt, that access to affordable, reliable energy, preferably from a diversified range of producers, will be essential for our state, region and nation to flourish in the Digital Age. It is imperative that big digital companies, the federal government and the American people come to value and support the energy industry. If energy is too costly, only the wealthy will be able to enjoy our electric-powered digital machines. Only with a robust energy industry can we have access to affordable, reliable energy, which in turn will allow of us, rich and poor, to be able to enjoy the benefits of a digitizing world.

Mark Hagerott, PhD, serves as the Chancellor of the North Dakota University System. Previously, he served on the faculty of the United States Naval Academy as an historian of technology, a distinguished professor and the deputy director of the Center for Cyber Security Studies. As a certified naval nuclear engineer, Hagerott served as chief engineer for a major environmental project de-fueling two atomic reactors. Other technical leadership positions include managing tactical data networks and the specialized artificial intelligence AEGIS system, which led to ship command. Hagerott served as a White House Fellow and studied at Oxford University as a Rhodes Scholar. His research and writing focus on the evolution of technology and education. He served on the Defense Science Board summer study of robotic systems and as a non-resident Cyber Fellow of the New America Foundation. In 2014, Hagerott was among the first American military professors to brief the Geneva Convention on the challenge of lethal robotic machines and to argue the merits of an early arms control measure.