North Dakota's UAS Ecosystem is Critical to Keeping Up With Our Adversaries
with Sen. Kevin Cramer, U.S. Senator from North Dakota

This discussion will be based on Sen. Kevin Cramer’s article in the fall issue of Dakota Digital Review, “North Dakota’s UAS Ecosystem is Critical to Keeping Up With Our Adversaries.” As Sen. Cramer wrote: “North Dakota has played a critical part in deterring our adversaries since the beginning of the Cold War … [and] continues to play a leading role as we modernize our nuclear deterrence and develop Unmanned Aerial Systems (UAS) to face off against surging adversaries, such as China.” The webinar will be moderated by Mark Hagerott, PhD, Chancellor of the North Dakota University System.

The Honorable Kevin Cramer was elected to the U.S. Senate on November 6, 2018, after serving three terms as North Dakota’s At-Large Member of the U.S. House of Representatives. He is the first Republican to hold this Senate seat in his lifetime. He serves on the Armed Services, Environment and Public Works, Veterans Affairs, Banking, Housing and Urban Affairs and Budget Committees. Sen. Cramer served on the North Dakota Public Service Commission from 2003 to 2012. During this time, he helped oversee the most dynamic economy in the nation. He worked to ensure North Dakotans enjoy some of the lowest utility rates in the United States, enhancing their competitive position in the global marketplace. Sen. Cramer earned a BA from Concordia College and a Master’s in Management from the University of Mary. On May 4, 2013, Sen. Cramer was conferred the degree of Doctor of Leadership, honoris causa, by the University of Mary. 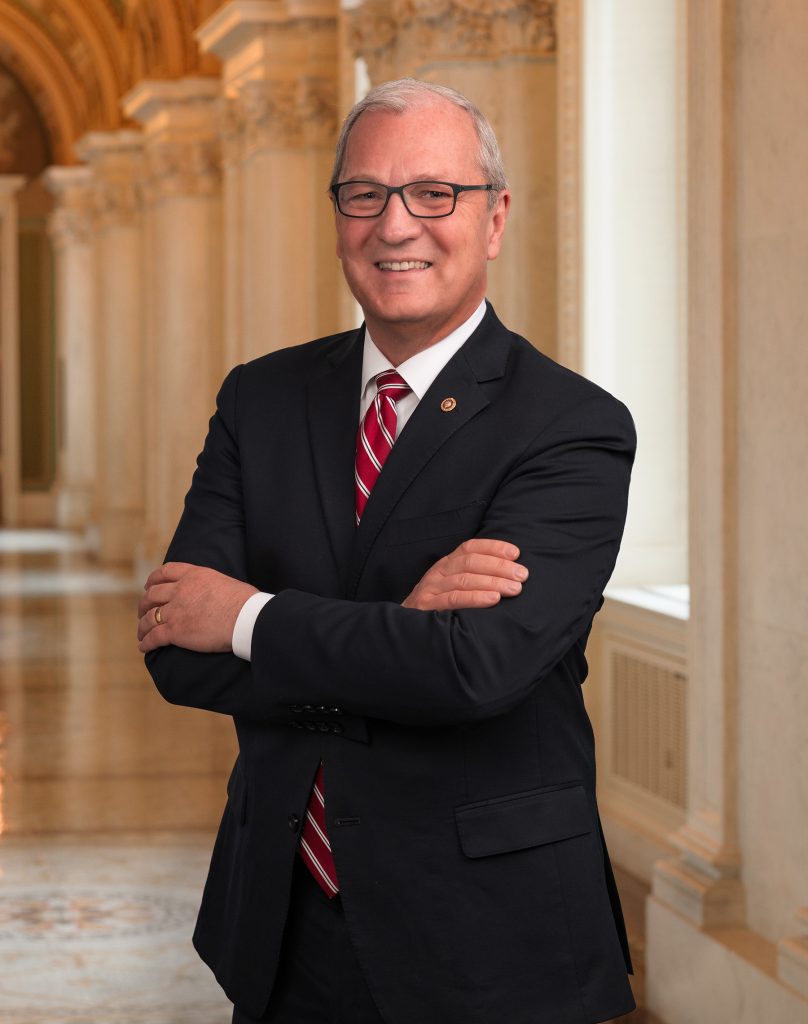